This conversation between Mr. Reinier de Graaf, OMA Partner since 1996 and Pilar Pinchart took place during the opening days of the current Venice Biennial, sited in the steps of the Hungarian pavilion, and after met in Beyond Entropy symposium

PP Mr. de Graaf, First I want to ask you what subjects which are looming or latent at the moment will be relevant in architecture and for architects in the near future?

RDG Maybe a simple move can answer this question, simply with the program that we are teaching at the Russian school will help us with the structure, I mean we do not teach design, we do teach research into subjects we think that will define our profession in the near future.

One of those subjects is preservation, as clearly is also the topic of our exhibition here, preservation is relevant also because our generation has built more than all the previous generations put together, and the most extreme of elements that has forced to create some kind of counter move which actually is preserving older things,

I think another subject I am very interested myself at the moment is energy, for a kind of obvious reasons, I think our profession addresses this issue on a too limited scale, too limited way, too gimmicky, too obvious, and I like to treat the issue of energy as an issue of a large scale infrastructure which also means that sometimes it own the scale of countries  and in a way it can forces you to think on the use of  political constellation of the world in a different way, through a planning issue.

I think that it was a common theme 40 years ago to some architects it not been very topical for long time, but we are trying to launch it, and I hope that other people will come on to it.

I think design, itself, will remain a relevant subject also in the future, but hopefully, in a least introspective way than it is currently it’s being treated, in a way designers simple develop their common sense on their down to earthiness can they take a step back from their own profession and objectively sees and observe their own performance, and their own relevance and you almost have to do from stepping outside because then you will establish your own relevance from within you will be always relevant..

Then I think that also will be an important subject is in way how -when the world urbanizes, to the point that more than 50% of the people live in cities- I think that the space that is left behind and away from urbanization will be very important, how we do with it.

In the Russian institute we teach a subject which we called thinning an investigation into the trends that in part of the world and ever larger territory is inhabited by lower number of people, and it’s in a way opposite to urbanization.

PP Yes, this is curious, especially in relation to the subject of soberany, as a”sobrerany without inhabitants”, as happens in my country, where soberany is more over resources

RDG Resources are extremely relevant in some way, even the space that has no inhabitant is working for you, and the footprint of cities is far larger that their own territory, so in a way all the space around still working for the city, in that way is a very important space.  Is a space that is conceptually left behind, but the existence of this space is very crucial.

PP The second part is about your research “Roadmap 2050” attending to the scale of the facts, and it dynamics, what will be the place of planning?, how must be conceived the urban planning?.

RDG Well we are advocated in research, and we are never advocate in abandonment of  more traditional kind of activities, but we just feel that maybe it is also a passing face, this kind of insistence, but we think that is very important to break away from the romantic fate of architecture, because it mean you imagine Le Corbusier as an Action Man, but he was definitively an action man because he allowed himself to be  influenced,  not just but whatever his professional colleagues or the space of this profession he was totally opened to allow himself to be influenced by the science of his time,  by the inventions that were done at the time, without the invention of the reinforced concrete there will be no Plan Libra, without the invention of the automatic transport there will be no Ville Radieuse, and a large etc.

I do think that that particular period of architecture was much more aware of everything that affected the profession than that the current generation is, and therefore is the kind of insistence on research in a way to ignite a way of awareness that we would resolve a more determinate action eventually

PP Let’s talk about the map

RDG Well that map is not about the polar, is a dimaxion map, the dimaxion projection of Buckminster Fuller, and the point of that projection is not to show the north pole, is to show the different parts of the land mass, are actually viewed in the relative scale, in the correct relation of scale on each other, we choose this specific project for this project, we done the projections a number of ways,  and we choose the north pole because it isn’t owned by anybody, is a shared territory,

RDG Well that’s are latitude lines,  but we have made another map with China as center, South-America as a center etc, because is the kind of unfolding that you can take from wherever you like as a kind of focal point..I could show all of them, but the target have no intention to discriminate again the south itself..

PP Yes but even when this map is geometrically exact, the navigation routes still using the “older map”, so it makes me think that both kind of projection represents two different kind of movement, dimaxion map works more on “virtual” movement, the kind of movement of the net, and the “older/typical” map, is more physical…

RDG does it? Because the energy networks work in any direction

PP Yes but airplanes and ship doesn’t. the movement still being “horizontal” surrounding elliptically the Ecuador, that’s why I say it will mean two different kind of relation…

RDG The thing is that physical connections currently works very well, we are trying to show the correct scale to give a very much real idea of nearness, between different parts of the world, in that sense is more accurate, you know when a round surface is presented in a flat way, you are obligated to a distortion of sorts.

It is just that the conventional way that we draw the world applies this distortion to the largest amounts of land. It suggests distance in places where there is proximity. so the potential for connections plus affected by it,  shows the world in a different way, with probably unimagined connections as of yet, the whole point of that map is to disorient people, like a European Map, before you re-orient them.

There is a deliberant psychological instrument, I mean to De-program before reprogramming a type of thinking

RDG There is a  particular image that we show in any representation and it shows the urbanization of the XX st  century, and it show the success way from urbanization in Europe to America and in the last is Asia and Africa urbanizing,  but in an unprecedented speed effectively in a much great speed than the other continents, at the same time, in the same image is the main dates of the economical “tratados”, on architecture and urbanization, and it is very strange that our profession in a way stop publishing books at the same moment that this other continents started to urbanizing in a relatively rapid speed the current rapid urbanization of the large parts of the world  happens in a kind of theoretical vacuum which in a negative when view negatively can be simply viewed as a technical time vault

PP It allows me to ask you about publishing…

PP I am exploring on Beautyness now, interested on it, what is the place of beauty for your work?…

RDG Wow, Beautyness is something like bigness, is this yours?

RDG I like that, I will coin that term because is not beauty, the proper thing, the Beautyness is something that resembles beauty but it really isn’t beauty, but this attempt is the phenomenon of aspiring the word beauty..I like it, is like the next step to Rem’s Bigness

RDG Beautyness..I will be eternally grateful..There is a next chapter, and what’s the question?

PP (laughs) How we the architects will undertake the subject of the creation of beauty, because bigness in itself theoretical

RDG …yeah..And so the Beautyness is the theory of beauty…

PP And, about the use of irony and communication?

RDG…It’s a habit…, we should have to talk a lot…it runs about the ideological consensus because ideological consensus is an economical consensus now. A consensus by default, not by design, and then you can only operate in a level of irony, because I’m sure that the opposite in this stage will be considered as a sign of total madness…and for professional reasons you need to keep your madness as something private…

PP Thank you very much. 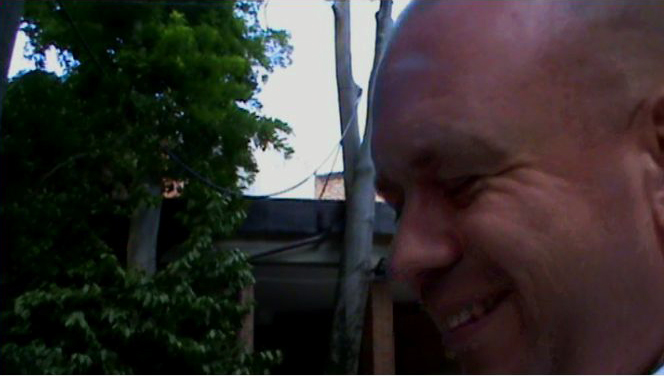 (please apologize, some troubles with vodpod published the draft of this post a lot of times)